New Superintendent Hired for District OR1 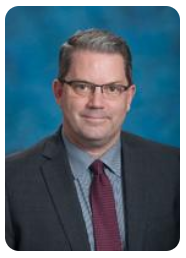 The District OR-1 Board of Education has selected Mr. Michael Hart to become their next superintendent of schools.  Mr. Hart will begin on/about July 1st after Mr. Rob Hanger retires.

Mr. Hart, along with three other highly qualified finalists, interviewed with the board of education and multiple staff and student groups Saturday.