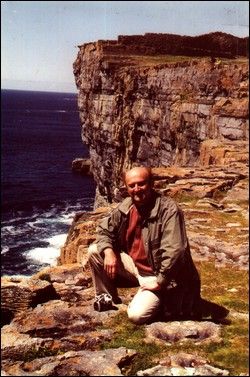 Gary Arthur Thomson has taught archaeology and traditional history at McGill University for 23 years. His 17 popular courses include the Sumerians, Hittites, Egyptians, Phoenicians, Celts, Iroquois, Etruscans, and Biblical Archaeology. A classically educated humanist, Dr. Thomson has studied in North America, Europe and the Middle East. He worked as an archaeologist in Israel. He holds four university degrees.  Gary and his wife, Jeanette Kroese Thomson, teach and write. They love to explore historic sites around the world—an Ice Age cave in the Pyrenees, an Etruscan tomb, a Renaissance chateau, a Keltic hillfort, a Dutch terpen, a geologic strata in Newfoundland, or an ashfall in their native Nebraska from ten million years ago. Thomson's live on Ile Verte near Montreal where they designed and built an environmental home and garden. They have four illustrious daughters—Kim an aeronautical and space engineer, Shannon a music professor, Jill an artist, and Dawn a jazz musician.

Parables on Point: Meeting The Mind of Jesus.
Looking for Jesus, one can be easily distracted. Parables on Point focuses on what Jesus said—a simple way of Meeting The Mind of Jesus. Gary Arthur Thomson applies two scientific tools: Using archaeology, he digs up the Galilean setting-in-life of Jesus' parables. Using traditio-historical criticism, Thomson takes a thin knife to the onionskins of the text—the original oral and written sayings of Jesus. Aramaic Matthew, Thomas, and the Sayings Source go back to shortly after Jesus died. The New Testament was not published until the Year 397. Each chapter in Parables on Point looks at the original parable spoken by Jesus in Galilee, and then at the edited parable that was published by the bishops four centuries later. Consider the Parable of The Sower. Jesus speaks of a sower scattering good seed across a variegated landscape of fertile and rocky soils. The good seed symbolizes God scattering good influence everywhere for all. 400 years later the bishops changed the emphasis to the soils. The bishops allegorized and moralized the soils. What kind of soil are you? Hard hearted? Shallow? So the setting of Parables on Point is Galilee in the First Century, but also the Greco-Roman world of the New Testament 400 years later. Parables on Point places Jesus as a rabbi in the context of ordinary people experiencing life in Galilee under the sword of the Roman occupation army. Jesus addresses his audiences in the marketplace pragmatically. The Parable of The Good Samaritan is the spontaneous repartee of a learned jurist trying to trick Jesus. Savvy in his choice of words, Jesus responds to the lawyer, "Who proved neighbor to the beaten man lying beside the road?"

FIRST MARKET—The Genesis of Wall Street in Ancient Iraq
Gary Arthur Thomson discovers economic secrets from Sumerian clay tablets. The roots of a fair and free market can be traced back all the way back to the world's first urban civilization 4000 years ago. In his revealing new book, Thomson shares an eye opening account of many of the world's firsts. Located between the Tigris and Euphrates Rivers, Sumer (Ancient Iraq) was the site of the first writing, accounting, bookkeeping, law codes and schools; ultimately leading to the first market. Thomson analyzes broker receipts from that first market. Written on clay in cuneiform, these documents bring to light an outstanding amount of history. Using a business computer, Thomson has analyzed and compared hundred of these receipts authenticating that the first market was in Sumer. Everything from cattle to gold nuggets came through the first market's gates. "Like Wall Street today, 3000 items or 300 or 30 would receive the same fair trading inside the market by the selling and buying brokers. Inside fairness provides equal justice to the large corporation or the smallest producer," says Thomson. According to Thomson, the Sumerian's were also the first to have calendars with exact dates for years months and days. He arrives at this theory based on the dates of each broker's receipt. He goes on to explain that the Ur III market extended from 2111 to 2002 BCE the era of the Sumerian Renaissance. "In the Bible, Sarah and Abraham participated in the genesis of the first market. Abraham was a Habiru caravaneer between Ur and Canaan funded by a banker in Damascus. According tot the Bible, Ur, the capital of Sumer was the legendary birthplace of Sarah and Abraham, progenitors of Israel," says Thomson.


Gary Thomson is a Palmyra Graduate from 1953. 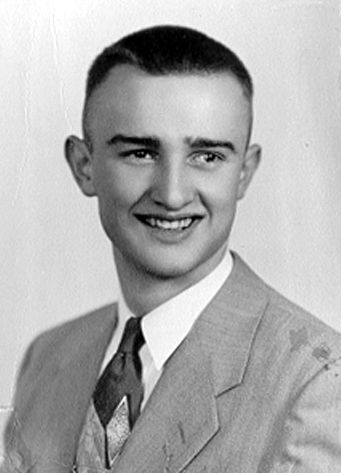 Launch the media gallery 2 player
Gary Thomson is a Palmyra Graduate from 1953.
Share via email